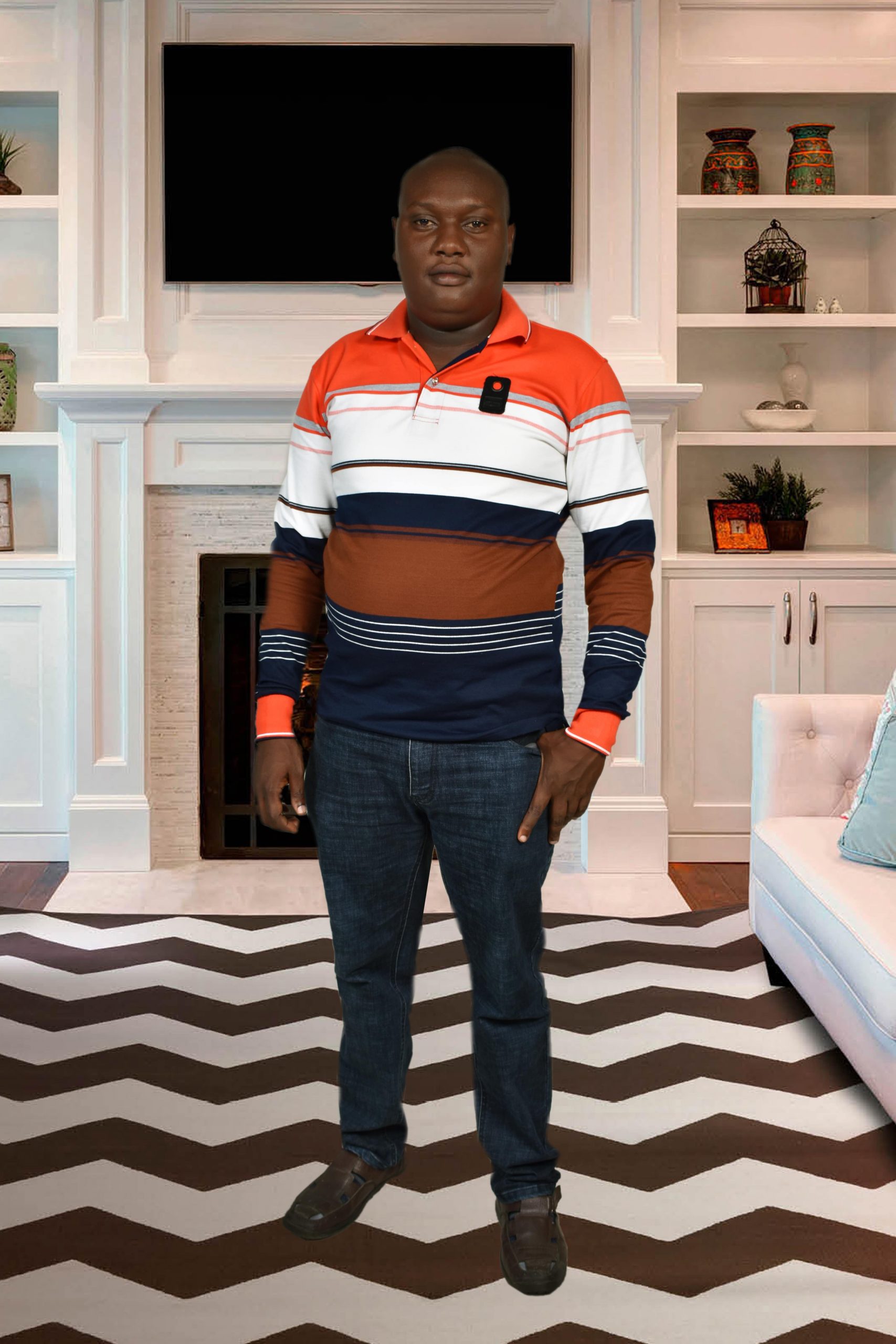 If you are well acquainted with Thika Town, you may know that it is the home of macadamia kernel processing. You may have heard that Kenya ranks high in Africa in this business, and that it is right here in Thika that the foundation of the macadamia business was laid, with big names and brands in the trade claiming the pride of place.

There are obvious names that will ring home in this industry. There are also other names that have lately become part of the vocabulary in the discourse amongst industry players, which not many outsiders seem to be familiar with. Not many people have heard the name Simon Kariuki Ng’ang’a.

On the Kiganjo – Athena road, overlooking Athena residential area, a green roofed complex of go-downs rises majestically in the Kianjau neighborhood; a development that changed the face of the place towards the end of 2020 and grew robust at the beginning of 2021 and continues to change the face of this landscape. This development is the center of heavy human traffic from all directions, with many workers commuting between their areas of residence and this new landmark in Thika. All this activity is in response to the motto of ‘delivering quality beyond expectation.’
What could possibly be the reason for this spike in human traffic in this hitherto sleepy part of Kiambu County? Is there some erratic centripetal cum centrifugal force that sees people get sucked behind the walls of this factory complex and get spewed out every morning and evening? Could this be a pilgrimage site for some new faith in town?

Back in 2015, when most youth his age were members of the national pity party chorus that lamented the shortage of jobs on this side of the earth, a young visionary emerged from Mukarara in Gatanga, Murang’a County, with a vision and mindset that was far ahead of his time.Born in a region where there are hundreds of small scale farmers each having only a few macadamia trees, Simon Kariuki was exposed to the business early in life, and he started from the ground in a very literal sense.

As a boy he was on hand to collect the mature nuts that had dropped to the ground, helping the aggregators to harvest, carry out the initial quality checks, consolidate and weigh them in readiness for eventual delivery to the processors. He studied keenly at the feet of family members who were active players in the field, and as he left his teenage years behind, he was seasoned enough to put his skin in the game as one of the many aggregators that operated in his area. Over the years, he had established rapport and a high level of trust among the many farmers he had been in constant contact with. This helped him build trust and excellent working relationships that later proved very vital.

Over the coming years, he kept growing and continually thought about how to move to the next level. One thing he had come to cherish was the realization that the macadamia business was a collaborative process. He wanted to get to a point where he could grow together with many other people. He pondered how he could achieve personal growth, and at the same time have a significant contribution toward poverty alleviation as he delivered quality to all his customers. So far, he had reached a certain point in the value chain but was yet to touch base with the final consumer, and find out how he could be part of satisfying her needs. That is how he conceived the idea of becoming a processor under a company which would maintain high standards, both in dealing with the farmer in the field, and the customer at the end of the chain. Thus was born Superfine Africa Nuts Limited.

The Superfine culture is related to what Simon believed in and what he endeavored to do. His manner of communication with colleagues, clients, and collaborators, how the company relates to the projects it works on and how it handles other players and the community we live in, is integral to the Superfine culture. Another aspect of this culture is the fact that Simon worked so hard to ensure that vulnerable individuals in the society found a place where they could earn an honest living.
This culture is also a part of the Superfine brand, because Simon’s philosophy was that our belief system guides what we do, and all this affects our social image. Superfine is not just a hollow statement, but rather, a claim to a standard that has to be kept, with the evidence to support it.
The company motto ‘delivering quality beyond expectation’ is the story of Simon’s career. Growing up in a family that was deeply rooted in this business naturally spawned Simon’s love for the industry, and could be credited as the main driver of his eventual phenomenal success; given the broad level of expertise and experience which gravitated toward an incessant strive for excellence.
If we borrowed our metaphor from the marine sciences, then Simon would be equated to the captain, at the helm of a ship. Following the wake of the navigators at sea, who for centuries have been responsible for discerning significant changes in the geography of the sea and making appropriate decisions in what course to take so as to ensure the safe passage of his passengers and cargo, Simon started small, from a rented premise on Kenyatta Avenue in Munene industrial area, keeping his telescope trained on the horizon.
Having risen from the rank of small scale farmers and nut purchasers, Simon was determined to build a good reputation with all the players whom he needed to ensure that these small scale farmers received a fair value for their produce. At the same time, he had an obligation to deliver quality –beyond expectation – to the customer, as well as fulfill the company’s obligations to the institutions that give it financial support, as he pursued the dream of providing employment opportunities to the hundreds of personnel that are directly employed by Superfine Africa Nuts Limited.
Simon steered the company from its infancy, through the tumultuous waters of the Covid-19 year of 2020, and was the Moses that not only established the New Jerusalem for the company, but also led the exodus, as the capable navigator. From Munene Industrial Area on Kenyatta Avenue, the company relocated to its premise in Kianjau, on the Kiganjo-Athena Road, in March of 2021; in its first major expansion move. It was also the first bold statement of formally joining the big boys’ stable. If at all anyone had harbored any doubt about Superfine’s intention, this was a very unequivocal pronouncement that a dream team was in town, led by a young brilliant captain known as Simon Kariuki Ng’ang’a.
Simon could quite aptly be compared to biblical Moses, for after leading his people across the Red Sea and within the vicinity of the New Jerusalem, Moses left the Israelites in the hands of Joshua, as he transitioned to the next dimension. Barely three months after moving his team to their own premise, Superfine Africa Nuts witnessed the eclipse of the sun. In June 2020, four months after his 30th birthday, Simon Kariuki Ng’ang’a, the founder of Superfine Africa Nuts went to dance with the angels. It was not easy to accept this, but the Superfine family had to hold together and be strong, if at all Simon’s dreams and ideals had to be nurtured and perpetuated.
On a bright morning when you drive from the Kiganjo side on the Athena-Kiganjo road, the green roofs welcome you, as the glare from the window on a particular side of this office block remind you that this bright star still shines in our midst. Simon, your spirit lives on, for many generations to come. You are worthy of our immense respect for you.